Leading South African trailer and truck building company, Serco, is enjoying a significant spike in business going into the end of 2017 which is in sharp contrast to the first eight months of the year when turnover was down.

Managing Director Clinton Holcroft attributes the improvement since the end of August mainly to the introduction onto the market of the company’s new refrigerated vehicle, the Protec Steel Frostliner.

“Up until August volumes were down 6.5% against the same period last year largely because the economy was just not firing,” said Holcroft.  “However, from September business has picked up dramatically and our order book through into the new year is bursting at the seams!

“When we reach our financial year end in February 2018 we expect overall sales will be up by between 5% and 10% over the previous 12 months.”

Holcroft puts the recovery in the later half down to the introduction of the company’s new Protec Steel refrigerated trucks and trailers. “Our order book for trailers is 95% for the Protec Steel units, which is a clear indication that the vehicles have been well received and have made a really positive impact on the market.”

He said people were generally impressed with the finish of the coated steel panels. A rice grain aluminium floor – a flat full sheet bonded onto the vehicle – had been introduced, resulting in a durable, high wearing feature.

The vehicles have welded scuffs creating a waterproof and high strength structure.

“We also introduced new door seals made of an extruded rubber material providing an excellent thermal barrier which prevents the leakage of cold air.  The seals have a coating that makes it easier to open and close the rear door,” said Holcroft.

An attractive feature for customers is that repair costs to the coated steel units are relatively low.

“A key issue becoming highly relevant is that clients are keen to improve the thermal performance of their refrigerated vehicles,” said Holcroft. “With our new injected foam technique for the panels we expect an improvement of more than 30% in thermal performance compared to our previous products.  The significance of this, of course, is that the load on the fridge unit will be significantly reduced – that is a big plus factor for clients.”

Holcroft said he was cautiously optimistic about Serco’s business prospects for 2018 and did not expect any “fireworks” with regards to the South African economy which he forecasts will be similar to that of the current year.

“The fact that our new panel technology has been well received and created a lot of interest, has encouraged us and we will now give serious attention to introducing the innovation to the full range of vehicle bodies we manufacture, including our dry freight units.  As we introduce the technology to our larger truck bodies, I am optimistic it will create some growth and increase market share for us.”

Serco, always keen to introduce innovations for the benefit of customers, is currently in negotiations with its technology partners which could result in exciting new offerings next year.

“The smart technology we showcased in a trailer at the Futuroad Expo in Johannesburg in September is available from us, giving transporters instant access to useful data on their vehicles as well as putting them in a position to run their businesses more efficiently and effectively,” said Holcroft.

“The new technology provides information such as the load carried over the axles to help prevent overloading, wear levels on brake pads, EBS data and door monitoring.

“The idea is to get an early alert about when maintenance is needed rather than having to do physical inspections.  The bonus is that the new technology is available at fairly reasonable prices.” 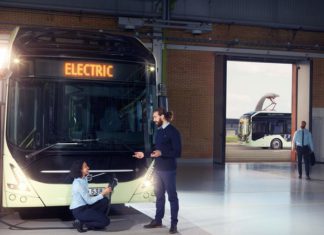 Castrol in it for the long haul 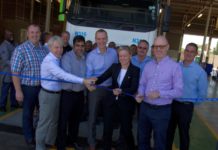 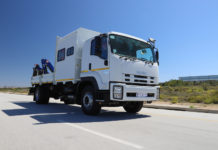 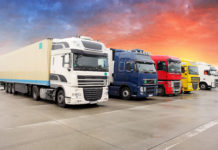