Nomad Africa Adventure Tours, one of the leading operators providing this service in sub-Saharan Africa, has bought 25 Hino 500-Series 1626 trucks as replacements for 20 trucks in its fleet of 47 vehicles. These are the first Hino trucks bought by Nomad with the decision to switch to the leading Japanese brand resulting from detailed research and positive feedback from reference checks with current operators of Hino trucks in similar businesses. 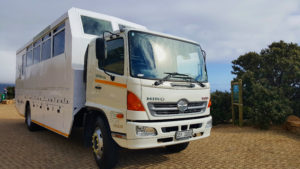 “The most important requirements of a truck in the adventure tours business are reliability and durability, backed up by good fuel consumption and excellent after-sales support and we believe that this is what we are getting with the new Hino trucks,” explained Alex Rutherford, the Managing Director of Somerset West-based Nomad Africa Adventure Tours. “The trucks must also be easy to maintain at comparatively low cost and need to be designed for operation in the most rugged African conditions.”

Nomad African Tours, which is now in its 20th year, operates an unbelievably complex network of tours throughout sub-Saharan Africa, all of which run to tight timetables, particularly in the high season from July to October. The tours vary in length from four days to 56 days with a round trip that goes as far as Uganda totalling about 20 000km and vehicle breakdowns have to be kept to an absolute minimum

Nomad buys its trucks as chassis cabs and then fits its own bodies, which are manufactured in facilities at the company’s head office in Somerset West. These bodies have been developed over the years to provide safe and comfortable transport for 24 travellers who have the option of overnighting in tents or in lodges. This year five new bodies will be made while refurbished, existing bodies will be mounted on the other trucks.

Hino Parow, which was the Hino Dealer of the Year in 2014 and is headed up by the very experienced truck man, Wouter Nel, is the dealer supplying the new trucks to Nomad and will handle major services as well as coordinating back-up support.

The 20-year history of Nomad Adventure Tours is a wonderful success story driven by typical South African entrepreneurship. Founder Alex Rutherford, who had completed a degree in economics and psychology after leaving school, had no firm plans for a career, but he was filled with wanderlust. This resulted in him travelling to London, buying a 1972 Land Rover and then setting off to return to Cape Town by an overland route.

The return journey took almost 11 months and proved a marvellous learning experience as Rutherford and his fellow travellers interacted with other people involved in overland trips through Africa.

“That lengthy journey got me thinking of offering an organised African adventure tour with particular appeal to Europeans keen to visit our continent,” explained Rutherford. “The result was that on returning to Cape Town I bought a new truck and found a suitable body at a scrapyard which I modified to make it suitable for a long distance adventure tour.”

Immense and rapid strides have been made by Nomad Adventure Tours since those early beginnings in 1996. By the end of 1998 the company had eight trucks operating and in 2003 Rutherford was able to buy out his partner and the expansion continued. The number of trucks rose to 63 when they took over a large competitor, but has subsequently been cut back to 46 trucks which Rutherford sees as the optimum for the current economic conditions.

The building of the specialised bodies was outsourced for a few years in the early days but was then taken in-house and that is still the recipe today. The trucks are run for five to eight years and replaced when maintenance costs start to rise, usually after covering more than 800 000km. The trucks are fitted with additional 400-litre fuel tanks, dual battery systems and airbags on the leaf spring suspension system to make the ride more comfortable for the passengers.

Routine servicing is carried out at the Somerset West premises between trips with dealers doing major services and any repairs.

Rutherford is justifiably proud of the ongoing positive feedback he receives from his customers, of which 90-95% comes from overseas.

“We are proactive in using this feedback to improve our offering. This includes upgrades to the truck bodies which now have items such as USB connections and we have recently started on the fitment of curtains for the side windows,” added the Nomad CEO.

“The type of trucks we use has also changed over the years and whereas 140 horsepower engines were considered sufficiently powerful in the early days we now have 260 horsepower engines to power the adventure tour trucks which weigh as much as 12 tons laden.”

He is also very proud of the company’s exceptional safety record and stresses the importance of building quality bodies that are strong and safe.

The company currently employs about 200 people, many of them having been with Nomad for many years. Rutherford says that the responsibilities for guides have changed over the years and now their training has to include subjects like dispute resolution as tempers can get frayed on some of these long road journeys.

He says that the customers are also changing and are generally older these days, while there is a growing switch away from overnight camping to sleeping in lodges. Years ago most travellers opted to camp but this number has now decreased to about 60% of the total.

Rutherford concluded on a positive note by saying that this year was looking very good for his business and the prices of the tours, in real terms, were now lower than two years ago.

“Several of our competitors have gone out of business in the 20 years we have been in this business, but I am pleased to say that our formula continues to work very well and we are looking forward to a bumper 2016 and 2017.” 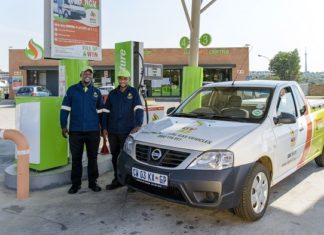 Beating the costs with natural gas

admin - October 24, 2018
0
There are many reasons why Natural Gas is increasingly becoming the fuel choice for many commercial fleets, top of the list is the economic... 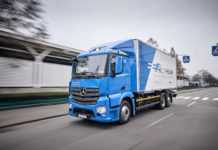 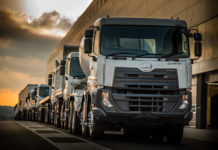 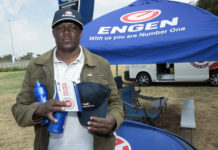 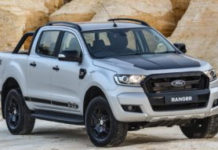 3 ways your Ford Ranger can help you stick to your...