With an ever-increasing number of hijackings reported across South Africa, it is an unfortunate reality that motorists are at risk of facing this commonly violent criminal act when commuting on a daily basis.

This is according to Greig Hains – Managing Director at motor warranty underwriters, MotorVaps – who notes that while the will of perpetrators isn’t something the average citizen can control or predict, there are precautions they can take to reduce their exposure to high risk situations.

Hains says, “The Statistics South Africa Victims of Crime Survey 2016/17 revealed that at least 85 hijackings take place in South Africa each day. What’s more, hijackings are on the rise with the 2017 annual national crime statistics showing a 14.5% increase in hijackings from April 2016 to March 2017.”

So, what can the country’s motorists do to avoid becoming a statistic? Hains shares his insights into hijacking precautions and how to plan for the financial impact associated with car theft.

One of the most important habits to form as a motorist on South African roads is to be aware of your surroundings at all times. You want to take note of anyone (pedestrians or other motorists) who are acting suspiciously and avoid them if possible. This may mean rerouting or switching lanes to increase the space between yourself and the potentially risky situation.

You also want to check your rear-view mirror regularly to make sure you are not being followed. This is a common modus operandi among hijackers to find the vehicle make and model they are looking for and then follow the car to a quieter area which often ends up being the driver’s neighbourhood or their driveway. If you suspect you are being followed, make a couple of false turns. If the car is still following you, drive directly to the nearest police station.

Not only does being distracted by your phone or other objects while driving put you at higher risk of causing an accident, it also takes your eyes and mind off of what may be happening around you. Being distracted makes you vulnerable to some of the country’s most common crimes including hijackings and smash-and-grabs.

In addition to keeping your belongings out of reach so you aren’t distracted, it is recommended that all valuables be kept out of sight. Having a laptop on your passenger seat or cell phone in the centre console puts you at greater risk of being a target for opportunistic criminals.

If you are able to avoid a road or intersection which is known for being a hijacking or smash-and-grab hot-spot, it is definitely worthwhile – especially in peak traffic when you are boxed in by other cars, unable to get away if you need to.

Security company Fidelity ADT’s latest crime trends, based on its security data collected over the course of 2017, pinpointed early morning and early evening as the peak time for hijackings and common theft. In addition to these being peak traffic times, it is likely that many of these hijackings take place in residential areas, outside people’s homes. With this in mind, and because you are likely to be unable to control your working hours, it is advisable to not remain stationary outside your gate for very long. The best approach would be to open your gate electronically while approaching it. Scanning your surroundings and ensuring you have enough space to drive away are also essential considerations.

Ultimately, a car that is not well maintained is far more likely to break down and when you are alone on the side of the road, you are vulnerable. While service and maintenance plans may come at a cost, they make keeping your car running optimally easy to budget for and should definitely be a priority.

Hains adds that, in addition to these precautions, South African motorists should think about the financial cost of having their car stolen. “It’s not something anyone likes to think about, but saying ‘it won’t happen to me’ isn’t a fool-proof plan.”

“Comprehensive car insurance generally provides the widest cover including incidents like theft and hijacking, accident damage, fires and natural disasters like hail and floods. Having good cover is invaluable when you find yourself needing to claim to repair or replace your car. Just be sure to check your options and cover with your insurance provider as plans differ from one insurer to the next.”

“If you have an accident or claim and don’t have a spare few hundred Rand to pay the excess, an excess waiver can come into play, a minor planned expense for major piece of mind,” he explains.

Hains concludes that planning and precaution are vital when it comes to road and vehicle safety and the same approach can be applied to minimising your hijack risk. 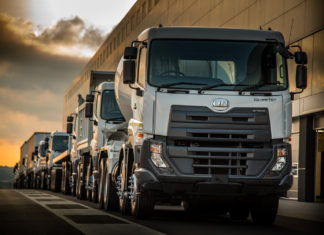 MAN and CNL to launch eTrucks

Team of Russian “Daredevils” to head to North Pole using a... 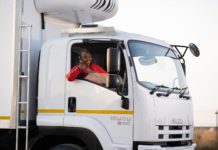 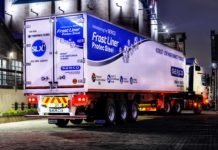 Serco full of good news for the new year 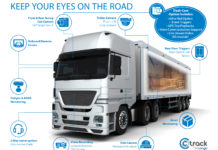