South African companies are among the fastest adopters of new technology in the world, according to a survey by leading fleet management provider TomTom Telematics. The survey revealed that 66% of companies across the United Kingdom and Europe are early adopters, whereas 82% South African companies are quick to respond to innovation. Only France and Spain had higher rates of adoption at 86% and 83% respectively, while 40% of companies in the UK, 44% in Netherlands, 66% in Germany, 68% in Italy and 78% in Poland were early adopters of new technology.

“Technological advancement has accelerated at a rapid rate in recent years, with no signs of slowing down,” says Justin Manson, Sales Director for TomTom Telematics South Africa. “Previously, companies could take a wait-and-see approach, following on their peers’ successes and avoiding failures. Only then would they implement well-established technologies, but this approach is no longer an option as businesses are now expected to become more connected, mobile and adaptable to change.”

Nearly half (47%) of companies in the UK/Europe study expect artificial intelligence to become part of the normal working day in the next 10 years, compared to 63% in South Africa. Also, 39% of respondents in the bigger study believe virtual reality will soon be in common use, while 65% of South African feel this way. Twenty-eight percent predict connected cars will be commonplace during this period, and 25% anticipate “in-vehicle working” will become prevalent due to the development of autonomous vehicles. In South Africa, 41% of respondents envision a rise in self-driving cars over the next ten years.

Already, several car makers are producing commercially available semi-autonomous vehicles that can steer, park and avoid collisions, but these are in their premium models and no fully autonomous are available or allowed by law – yet. In Europe, 21% of respondents believe companies will adopt the use of microchip implants on their employees, while 45% in South Africa see this happening over the next 10 years.  Almost two thirds (62%) of businesses say remote working is – or will be – the norm for their employees, while three quarters (74%) of South African leaders agreed with this sentiment. A discrepancy between SMEs and large corporates currently allowing employees to work remotely was also identified, with 52% of small to medium sized companies offering this, compared to 66 per cent of large corporates.

While businesses see technological innovation picking up momentum in the medium term, leaders fear that their companies will struggle to keep pace.  The research found that more than half (55%) of businesses believe those who fail to embrace digitised processes and the Internet of Things (IoT) are at a higher risk of going out of business.   This varies significantly from country to country, with 81% of Spanish leaders and 79% of Polish managers feeling that they risk failure if they don’t adapt, while less than half (49%) of UK leaders agree. In South Africa, 70% of business managers believe this to be true.

“These trends highlight a possible gap between access to and investment in connected technology,” Manson says. “Every business is different and each one needs to conduct its own thorough research on the role that technology can play in future-proofing its operation, deliver greater efficiencies and create more employee satisfaction.” 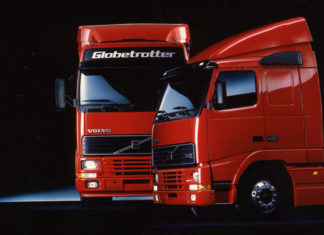 Tata proves its worth 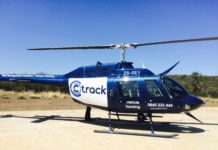 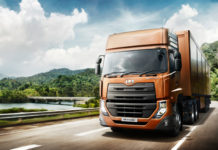 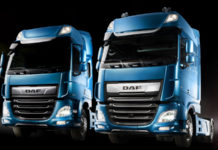