The inaugural Road Masters competition saw a successful launch at TruckX 2016. The competition was launched by the MD of MasterDrive, Eugene Herbert, during his presentation at the conference. Companies with truck drivers who have excelled can now enter those drivers into the competition and stand a chance to benefit from unique driver training and win a place in the TruckX Hall of Fame in 2017.

Herbert looked at why the competition is different to any other. “As the truck industry is the oxygen that drives our economy, we have made the decision and choice to engage with organisations and institutions which can make a difference. It is through road safety where we can achieve this but unfortunately, training is often not seen as the tool by which we can achieve this.

“I use Einstein’s words, ‘the definition of insanity is doing the same thing over and over again, and expecting different results’ to illustrate why we should actually embrace training and its potential to increase road safety. Driver training should be an integral part of risk management. The cost to the fiscus due to crashes is around R300 billion. We could reduce that by just 10% if we meaningfully change the attitudes of drivers.”

Herbert says current road safety measures deal with the symptom but not the cause. “Worldwide stats say 85% of crashes are attributed to driver behaviour. It is for this reason that driver training is playing an integral part of the Road Masters competition. Rather than just awarding drivers for their skills we are taking good drivers and making them better and making the best drivers even better than that.

“We want to make our competition the best one in Africa. In the words of Mahatma Gandhi ‘be the change you want to see in this world.’ We believe you will be that change by participating in this competition,” says Herbert. 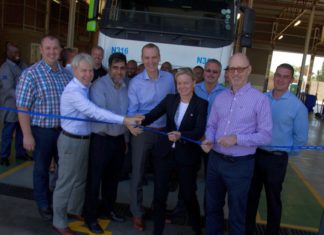 admin - November 30, 2016
0
Volvo Trucks has opened a dedicated service and parts dealership in Alrode, Gauteng, bringing the company’s dealer footprint to 20 outlets across the country. Strategically... 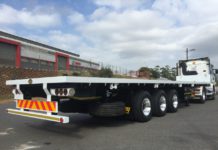 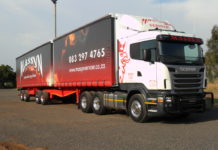 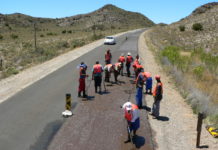 Lack of road maintenance in SA will cost billions