The largest fleet order from Eastern Europe for Mercedes-Benz Trucks has been placed by Lithuanian company Girteka Logistics, which recently took delivery of the first in a batch of 1 000 Actros units.

At a handover ceremony to mark the occasion, Stefan Buchner, head of Mercedes-Benz Trucks, said the majority of the vehicles ordered would be delivered this year. “We are proud to win Girteka Logistics as a large customer. The order is the biggest yet from Eastern Europe for Mercedes-Benz Trucks. We feel honoured by the trust placed in the Actros brand – it clearly shows that our flagship model remains ahead of tough competition.”

All vehicles for which the order has been placed will be fitted with latest generation, diesel-powered Euro VI engines which feature Predictive Powertrain Control (PPC), helping to reduce fuel consumption by as much as five percent. Mercedes-Benz’s FleetBoard telematics system – which monitors driver behaviour as well as wear and tear on the vehicle – has also been incorporated.

Mindaugas Raila, chairman of Girteka Logistics, said the order represented an important strategic decision for the company. “In the year of our 20th anniversary we decided to modernise our fleet. The new Actros convinces through its operating performance, safety equipment and reliability.”

Girteka Logistics operates throughout Europe using a fleet of 2 900 trucks and 3 100 trailers. Customers range from local producers to big international companies, including Mercedes-Benz. 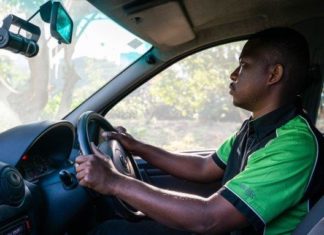 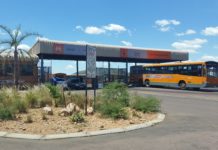 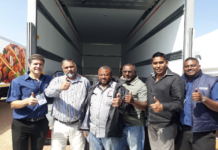 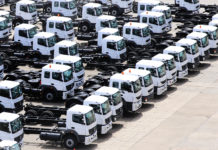