According to the Road Traffic Management Corporation, 36 major crashes involving trucks were investigated last year (2016). 143 fatalities and 136 injuries resulted from these accidents which involved 49 trucks, 35 light motor vehicles and 11 minibuses.

Mike De Lange, owner of the Mike De Lange Service Centre and a member of the Motor Industry Workshop Association (MIWA), believes these accidents can be attributed to a lack of maintenance on trucks and negligence. De Lange, who specialises in the servicing of trucks, says he often sees trucks owners trying to save on expenses and not doing regular inspections. “Trucks are not being serviced as regularly as they should be and to a standard that is good enough for our roads,” he says.

Along with that, De Lange believes that stricter laws should apply to who should be allowed to own a truck. “Anybody can buy a truck and put an underpaid and unskilled driver behind the steering wheel. This is resulting in major risk on our roads. The industry is also being compromised due to some players hiring and repairing on the cheap and then offering the cheapest quote possible for their services undercutting other players.”

“Drivers should be receiving special training besides the requirements needed to get a code 14 license. I don’t believe this is being done or done properly. Drivers also do not seem to understand the importance thereof,” he says.

Vishal Premlall, Director of MIWA, agrees saying the number of truck accidents each year is unacceptable. “You just need to drive on any of our major highways to see that many trucks are not roadworthy and not being maintained. Besides the obvious accident risk these vehicles present there is also the pollution factor and potential loss of cargo and damage to property when accidents happen. The answer is regular maintenance and better training,” he says.

Premlall says regular maintenance is also the only way to guard against major repairs. “Truck owners may believe they are saving by avoiding regular servicing but it ultimately costs far more when a major component needs replacing because it wasn’t properly maintained. The key is to watch the mileage and months and to refer to the service booklet for when services are required. There are accredited workshops around the country who specialise in truck servicing at affordable rates. It pays to do your homework and find a workshop near you,” he says.

Another worrying trend is the number of truck drivers that drive in the fast lanes, despite their trucks being limited to lower speeds. “Young and inexperienced drivers often don’t fully understand the mechanical condition of the truck nor the safe braking distances needed to stop the truck in the event of an emergency.”

He adds that there needs to be a clamping down from authorities on unroadworthy trucks and reckless drivers. “Trucks are a major risk factor on our roads and authorities need to be stricter on how these vehicles are being policed. Handing out fines and releasing dangerous vehicles and drivers back on to our roads is not good enough,” he says. 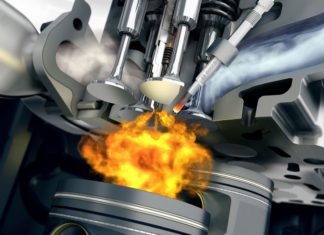 admin - October 25, 2016
0
Engines powered by fossil fuels will continue to dominate the world’s roads for years to come, with technical innovations continually reducing emissions, according to... 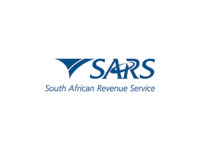 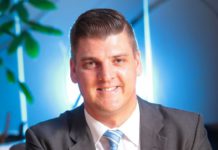 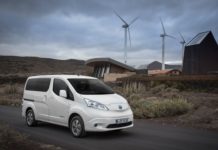