Imperial Logistics has achieved a transport industry first with the launch of an automated-briefing system for drivers.
This ground breaking initiative is reducing the operational risk in Imperial’s operations, while at the same time it is expanding employees’ exposure to the latest industry technology and providing opportunities for their growth and development, states chief strategy officer Cobus Rossouw.
Tanker Services, a division of Imperial Logistics, is rolling out the automated-briefing programme across all of its operations. Already running with great success in Tanker Services’ Fuel & Gas division, this pioneering project consists of a comprehensive system on which every driver’s personal and professional information is stored – from driving certificates, licenses and training updates, to driver ratings, incident reports, medical details and chronic medication. Self-briefing “kiosks”, much like the self-service check-in counters at airports, have been installed at Imperial sites, and it is through these that drivers access the self-briefing portal. “Where drivers would previously interface with a controller, they now clock into the self-service portal and brief themselves on the system,” Rossouw explains.

Developed by Imperial, this system is a transport industry first. “It will not allow the driver to clock in unless he has had the required 12 hours’ rest. If he is taking chronic medication for a condition like diabetes, for example, it will ask the driver questions to ensure that he has taken his medication.”
This biometric system is operated with the driver’s fingerprints, and Rossouw reports that Imperial has found staff are more willing to declare facts and answer questions during the self-briefing session than they might be when sitting face-to-face with a supervisor. “If a driver has forgotten to take medication that he needs, it is easier for him to be open with the self-briefing portal. An issue like this would be flagged, the driver would have a session with a controller, and the problem can be quickly and easily remedied.”
For drivers, the system is providing them with computer skills and boosting their self-esteem. “Our drivers are very proud to be able to tell their family members that they are using computers at work now.” The same system and kiosks are also being used for post-trip driver debriefing by Imperial, with great success. 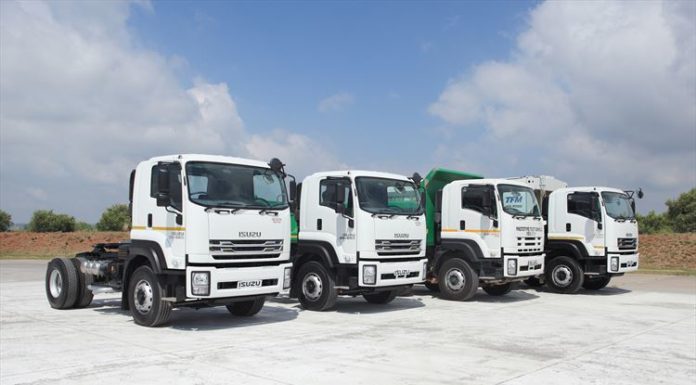 Theft on the move: How to safeguard goods and personnel in transit