Imperial is proud to partner with Trails South Africa, a non-profit company engaged in developing an adventure tourist network in South Africa, on its Trails Western Cape project. This is the first in a series of trails across the country that are earmarked for development. Imperial will fund the first phase of this community development project, which will see various sections of the Cape Winelands trails linked this year.

“As a purpose-driven organisation, we are committed to creating and sustaining value in our countries of operation, including developing the communities in which we operate,” says Mohammed Akoojee, Imperial’s Group CEO. “There are many opportunities for job creation and social upliftment that are created by the linking of this trail network, including bringing much-needed adventure tourism revenue to the Western Cape.”

Not only will this project provide many residents from the surrounding areas with much needed work through the construction of the trails, but once they are complete, the trails will be maintained by guides stationed along the route. These guides will be trained to become ‘trail rangers’ who are responsible for keeping their section of the trail free from litter and other obstructions, as well as offering assistance to trail users.

Edwin Hewitt, CEO of Imperial’s Logistics Africa business, adds: “Tourist spots along the routes will see increased traffic from trail users, boosting employment at these establishments and helping ensure job security in the tourism industry. The district will become a destination-of-choice for people looking for an immersive experience, including a variety of routes of different skill levels that everyone can enjoy, as well as recreational activities along the routes.”

The trails network is developed and coordinated by both local and provincial government, along with Trails South Africa, in a public/private partnership. Aside from adventure tourists, the trails are also used by local communities on their daily commutes between work and home. Many of these trails are on private land and controlled by various clubs, conservancies and landowners. These trail sections are currently separated by gaps in the network, and the Trails South Africa project aims to link these trails over public land, creating a continuous ‘golden thread’ throughout the region.

Reghard Goussard, co-founder of Trails South Africa notes that the first phase of the project encompasses linking trails in the Idas Valley to the Banhoek Conservancy trails, and that construction on these trails has already begun. “The next three phases will link Stellenbosch to the Idas Valley trails, Banhoek to trails in Paarl, and Banhoek to trails in Franschhoek,” he says. “Once these phases are complete, our journey towards linking over 6 000 km of beautiful trails in the Western Cape will be well underway.”

Kim Lord, co-founder of both the Banhoek Conservancy and Trails South Africa, and head of the project’s construction team, added: “We have based our trails network on the EuroVelo model in Europe, which has proven to be immensely successful, generating economic value of billions of euros per annum. We are certain that replicating this model will prove to be successful in South Africa, and we look forward to sharing our journey as we expand the project throughout the country in due course.”

The new trails in the Western Cape are already attracting visitors and making a positive impact in the community. Not only is much-needed economic activity being brought to the region, but the communities feel a sense of ownership of the trails network and will be able to play a meaningful role in protecting a portion of South Africa’s unique natural heritage. 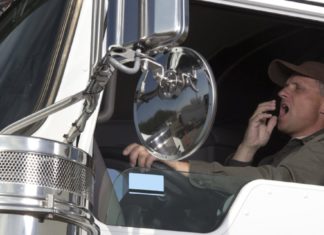 admin - February 19, 2018
0
South Africa’s roads are infamous for claiming many lives throughout the year with a notable increase over the festive season. The World Resources Institute... 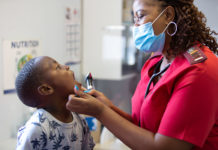 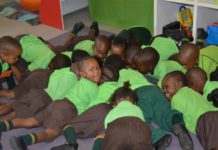 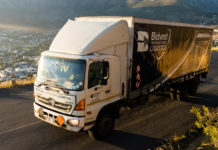