Who are the world’s best truck drivers? This is the question to which the 14th iteration of the Fleetboard Drivers’ League once again provided the answer. The global contest for the trophy awarded for the most economical, fuel-efficient and low-wear driving style saw a total of 23,569 drivers and 692 fleets from 19 countries competing against one another, all of whom have the Fleetboard telematics system (on-board computer and Performance Analysis) in their trucks. This tough competition, which took place under the motto “DRIVE. DUEL. WIN.” over a three-month period from 1 May to 31 July 2018, served to identify the best truck drivers, the best fleets and, for the first time, the best national teams as well.

The winners of the German driver and fleet rankings, along with a representative of the winning world championship team, will be welcomed by Fleetboard at a special trophy award ceremony to be held at the IAA Commercial Vehicles 2018 in Hanover. The handing over of the trophy will be celebrated on 21 September 2018 at 3 p.m. in the Mercedes-Benz “Drivers’ Inn” in Hall 14/15.

Winners of the three disciplines in the 14th Fleetboard Drivers’ League

Contestants from a total of 19 countries signed up to take part in the Fleetboard Drivers’ League 2018: China, Denmark, Germany, Finland, France, Great Britain, Hungary, Italy, Latvia, the Netherlands, Norway, Portugal, Romania, Russia, Sweden, Switzerland, Slovakia, Slovenia and South Africa. The determining factor in the competitive ranking is the score for driving style from the Fleetboard Performance Analysis. This encourages truck drivers to adopt a driving style that is as economical as possible during their daily work. By doing so, the best drivers can achieve fuel savings of up to 15 percent for their company, and also reduce wear. The driving style score is supplemented by bonus points won in a series of thrilling duels. The overall Drivers’ League score calculated on the basis of these two figures is what determines the winner, a place or elimination.

Best driver: Taking 1st place and therefore also the lead in the ranking for the German drivers in 2018 was Dennis Dukkon, a driver for the Edeka Handelsgesellschaft Rhein-Ruhr mbH in the German town of Moers (overall Drivers’ League score: 10.55). 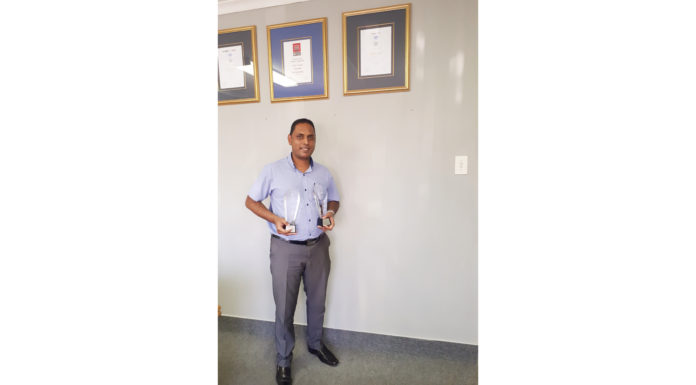