While the road ahead may still present significant challenges, some of Africa’s most long-standing internal trade barriers are beginning to show signs of falling. The most recent progression in this regard is the increasing implementation across the continent of the one-stop border post concept, in which two countries jointly operate a border crossing to remove the usual two-step process, greatly simplifying the procedural requirements for intra-Africa trade.

This is according to David Williams, Maersk Line Africa Chief Executive and Global Head of Safmarine, who says that while tackling trade barriers continues to be a challenge and remains a key priority going forward, in light of Africa Day, the steadfast progress in the container trade market over time across Africa is being recognised.

Williams points out that since the first call of a Maersk vessel to a port on the African continent took place well over 100 years ago much has changed. A major factor which has impacted development in the region is intra-regional trade, which Williams says has experienced some much needed growth, particularly over the past year.

“Intra-Africa trade, which acts as a catalyst for growth across the continent, has seen an uptick over the past year – largely due to the recovery of the oil price. It is important to note how many African countries are still fundamentally oil-dependent, like Nigeria and Angola.”

Increased foreign investment is, however, beginning to reduce the dependency on oil for some of these countries, he says. “A prime example of this is the trend among Chinese tile exporters in shipping out their machinery to establish manufacturing plants in West Africa. As construction continues to gain momentum as a result of these projects, the companies will be looking to export these tiles from one African country to another, further boosting intra-regional trade.”

Williams explains that Africa Day is particularly relevant to Maersk as the business has grown in Africa significantly over the past 100 years, having operations in almost every country across the continent and creating a strong network and local presence to create and sustain long-term partnerships with customers.

“We have two strong brands in Africa, which represents our commitment to the region and has allowed us to better support the development of its emerging economies.”

Williams goes on to explain that the benefits which come with increased intra-Africa trade are vast and stretch far beyond just economic gain. “In addition to diversifying the African economy to a greater extent, increased intra-regional trade results in the creation of better-quality employment and increased foreign investment, along with better bilateral trade – all of which will ultimately benefit the overall health of the continent and its people.”

He concludes that, given the recent boost in intra-regional trade and the ripple effect of growth to be expected from this, his outlook for Africa remains optimistic. “Africa has a growing consumer market, which makes the region ripe for opportunity aimed at both locals and foreigners. As such, there has been an increasing amount of interest shown by foreign investors, as well as a growing entrepreneurial spirit spreading across the continent, which should help in shifting Africa away from its dependency on raw commodity exports by moving towards a more diversified manufacturing-based trade economy.” 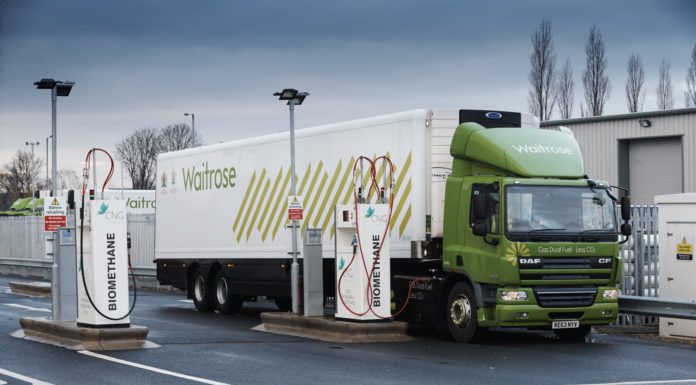 Supermarket first to use food-fuelled trucks

Always on time with Fuso Trucks