The competition that consisted of numerous efficiency and safety evaluations, took place at the Gerotek Vehicle Testing Facility, and saw 17 participants from across South Africa competing in either the Quester or Quon extra-heavy truck category.

Lafras Kruger from RA Transport in the Eastern Cape walked away with top honours in the Quester category, while Buza Ngcelwane from Dairy Farmers of SA, also from the Eastern Cape, was named the best Quon driver.

In the process, both Kruger and Ngcelwane qualified to represent South Africa in the global Extra Mile Challenge competition that will take place in Japan in November 2017. The two South African contenders will be joined by their fleet managers at UD Trucks’ headquarters in Ageo, and will see drivers from across the world compete in the two vehicle categories to ultimately be crowned the champions.

“We greatly value the vital role truck drivers play in our economy and in the overall development of the region,” said Gert Swanepoel, managing director of UD Trucks Southern Africa. “The Extra Mile Challenge not only tests the skills and efficiency of UD fleet drivers, it also goes a long way in raising the standards within fleets, as well as creating awareness of the importance of safe and efficient driving.”

Drivers were put through their paces in various challenges that measured efficiency and productivity via on-board telematics on the Quester and the on-board VCU on the Quon models.

Apart from the driving tests, the drivers had to perform some challenging handling and parking tests, where accuracy and efficiency were key to success. Drivers also had to complete a pre-drive inspection on the vehicles to ensure the roadworthiness and safety of the trucks.

Kruger and Ngcelwane will start their preparations to compete on a global stage, with the assistance of UD Trucks Southern Africa’s product and driving experts. Last year’s local winner, Alfred Ngilo went on to be named the most efficient driver at the international competition.

“The results of the Extra Mile Challenges have once again bolstered our belief in the level of driving skills available in South Africa. We wish Buza and Lafras every success with the global competition in November – we are with you every step of the way,” said Swanepoel. 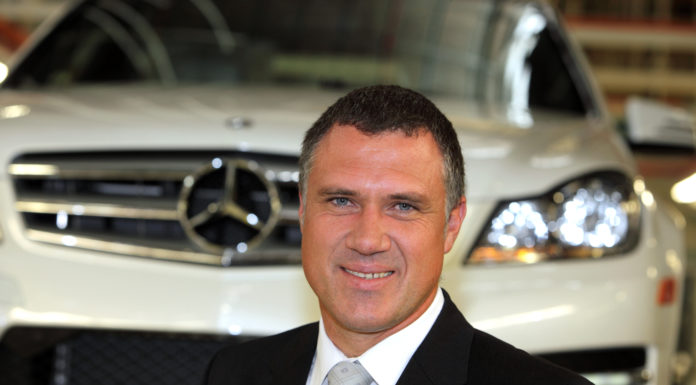 All change at MBSA